A 2-1 decision in the Ninth U.S. Circuit Court of Appeals rules that California will allow law-abiding citizens to carry concealed firearms in public. The decision strikes down the core of California’s permit guidelines for handguns.

State law will require gun-carrying residents to show “good cause” beyond self-protection in order to obtain a concealed-carry permit.

Considering all of the problems we have in the United States today, the legality of being able to personally conceal a firearm is getting the hardest punch from the media, our president, and some Americans. The ability to conceal a firearm is a personal right that is permitted and given to us from our founding fathers in the Bill of Rights. It's our Second Amendment. Is states within the Second Amendment that individuals have the right to keep and bear arms.  I stand with the constitution and I personally believe that the second amendment clearly states itself that we the American people have the right to carry a concealed weapon.
If the United States puts further gun control acts into place, many problems will occur. The American people will be without arms which furthermore make them vulnerable to people who try to assault them, rob them, or even to the point of killing them. Then people will go on saying that if Gun Control is put into place, criminals won't have guns. However, people who say this don't realize that firearms which criminals use against people are usually stolen or somehow acquired illegally from another. The history of alcohol and drug prohibitions make it apparent that gun control will have a result opposite of its stated purpose. With Gun Control or without Gun Control, criminals are going to somehow manage to get a hand on one.

Let's turn our attention to the United Kingdom. Some claim that they have the lowest gun crime rate in Western Europe. This statement is partially true, but misleading.  The UK's overall violent crime rate is 4 times higher than the United States per capita. With every one crime that is committed with a gun, 43 crimes are STOPPED with a gun by law abiding citizens. Keep in mind that these are only the accounts that are documented in America. It is difficult to quantify the amount of crime never initiated because the criminal suspects that the would be victim is armed.  In the United States, guns are used 80 times more often to prevent crime than they are to take lives.

Chicago, Illinois is the city with the highest violent crime in the US. According to the Chicago Tribune, in 2012, gun crimes were up 17 percent from 2011. That's with the strict gun laws. According to Centers for Disease Control, the FBI, and the US Federal Government, the number one killer in the US is Medical Errors at 195,000. If you go all the way to the bottom of this chart, you'll see that the 10th killer in the United States is Firearm homicides. The vast majority of these gun crimes are gang related or suicides. My point here is, there are more medical error fatalities than there are gun fatalities. So why are we getting all upset about guns if more people in our country die from medical errors?

Without the right to protect yourself with a firearm, you face a higher chance of becoming a victim. Not only to Mr. Bad Guy, but also to a more organized power. History has repeated itself. Every time a tyrannical government takes away the people's guns, the government takes advantage of its own people. This has been documented by the University of Hawaii study and is termed democide. Democide accounts for more homicides in the last 100 years than all war homicides in human history. We have seen it with the Weimar Republic (Germany) when Hitler took over. People in Germany including the Jews owned firearms. When the gun confiscations took place, approximately 6 million Jews were executed. When Stalin took over the Soviet Union, gun confiscations took place, tens of millions were executed. The founding fathers had a reason for setting the second amendment in place. It's not for duck hunting. It's for the protection of you and your family against a tyrannical government.

In 2005, Hurricane Katrina destroyed many homes, belongings, and took many people's lives. In this typical kind of environment, a firearm is absolutely necessary. If someone desperate tries to attack you, your family, or another person, you have the right listed by the second amendment to stop the threat. After the disaster took place, many CHP officers, along with National Guard and Local law enforcement agencies went from what was left of door to door and confiscated  registered firearms from law abiding citizens. Not only did they take firearms, but they beat an old woman to the ground who still has markings from the incident. What kind of society do we live in where police officers not only confiscate firearms, but somehow make it seem justifiable to abuse and disarm the elderly at the same time? Gun Control does not have the effect of making society a safer place. It's about trying to make the people of the United States powerless against it's own government. What part of, "Shall not be infringed" do we not understand?

The United States Gun Control Act is largely copied from pre World War 2 Germany. The only two countries left in the world with their citizens largely armed are Switzerland and The United States of America. The NRA itself teaches its instructors that we shoot to stop a lethal threat. We don't shoot to kill. I stand with the Constitution, the Bill of Rights, and our founding fathers. We have the right to carry a weapon. Either concealed, or non concealed, the government has no right to infringe on our personal ability to carry a firearm. 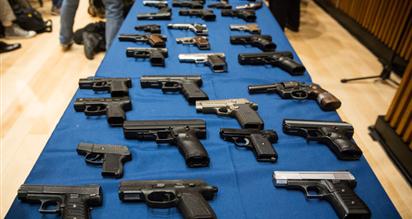 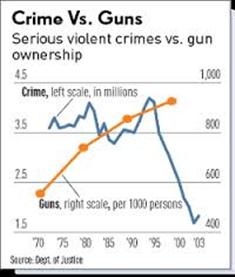